The Gorget traces its history back to medieval times when it was worn as a piece of armor around the neck to protect the throat. Over time the shape, size, and function changed and by the 17th century it became a symbol of rank among military officers of many countries. At this point it was suspended around the neck with a chain or ribbon and was purely decorative.

The white crescent shape on the South Carolina flag is thought to be partly inspired by the Gorget. The original flag flown during the American Revolution Battle of Sullivan’s Island in Charleston, SC on June 28, 1776 had a blue background with the white crescent in the upper left hand corner. The flag played a prominent role in the battle that day and the Americans successfully defeated the British, which was a turning point in the war and led to the signing of the Declaration of Independence.

Kaminer Haislip’s contemporary interpretation of this historic form was inspired by its prominence during the American Revolutionary War in which her great-great-great-great-great grandfather was a Continental Army officer. He participated in the Battle of Sullivan’s Island and this Gorget Jewelry Series is her way of honoring that important event in American history and her ancestor. It also speaks to the place in which Kaminer lives and Charleston’s important role in the early days of the American republic. 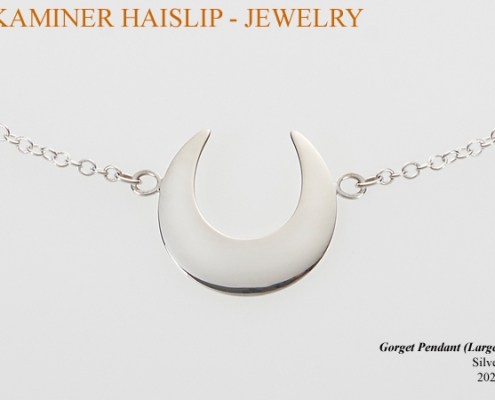 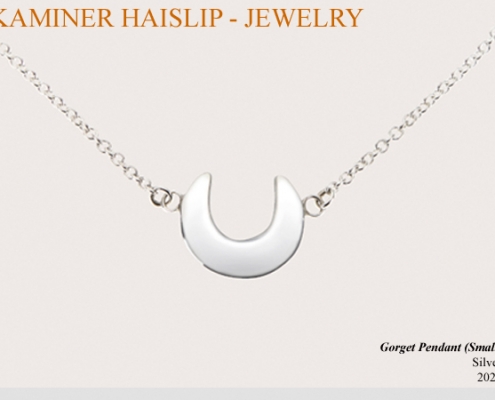 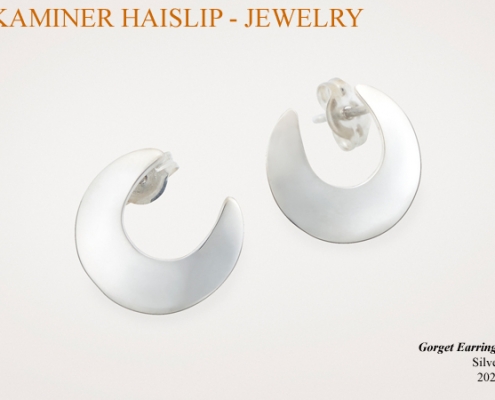 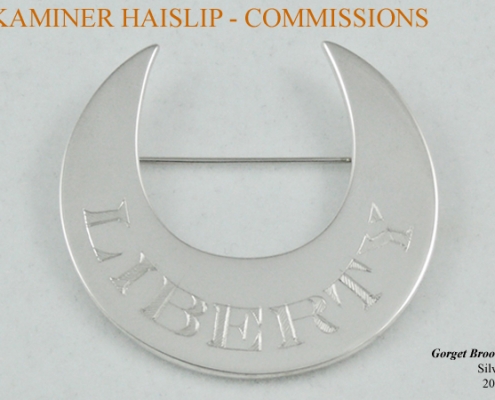