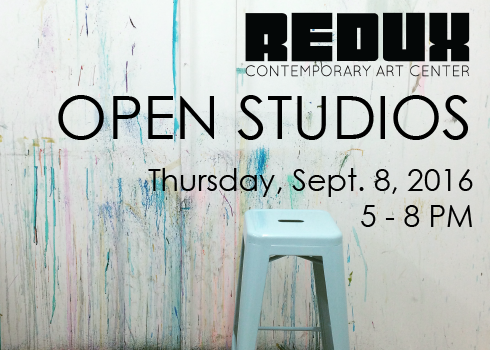 Join Kaminer Haislip and the other artists of Redux Contemporary Art Center, located at 136 St. Philip Street in downtown Charleston, SC, Thursday, September 8, 2016 from 5pm-8pm for an insight and exploration of the talented artists occupying the private studios! Refreshments will be served and artwork will be for sale. Kaminer will have a selection of her handcrafted silver jewelry and objects on display for sale in her studio!

A modern heirloom created by local designer and silversmith Kaminer Haislip is an elegant addition to your treasure trove. Her creations are award-winning functional objects, jewelry, and custom commission pieces in silver and gold. Her aesthetic is chic and sleek, almost fluid in design. Exhibited internationally and featured in a plethora of publications, her gorgeous goodies are handcrafted at one of our fav places – Redux Contemporary Art Studio, downtown Charleston. Check her out at kaminerhaislip.com and be dazzled by her art and achievements. Aren’t we lucky to have her?

Redux Contemporary Art Center, located in downtown Charleston, SC, will be exhibiting new artworks by five of its artists in the Reorientation show April 29 – May 12, 2016.  Kaminer Haislip, Todd Anderson, Kate Waddell, Teil Duncan, and Raven Roxanne will have their original art on display. It is great way to see the vast quality of the artwork being created within the walls of Redux!

The opening reception will be held Friday, April 29 from 6pm-8pm.  Attend for a chance to meet the artists and see their studios at Redux! 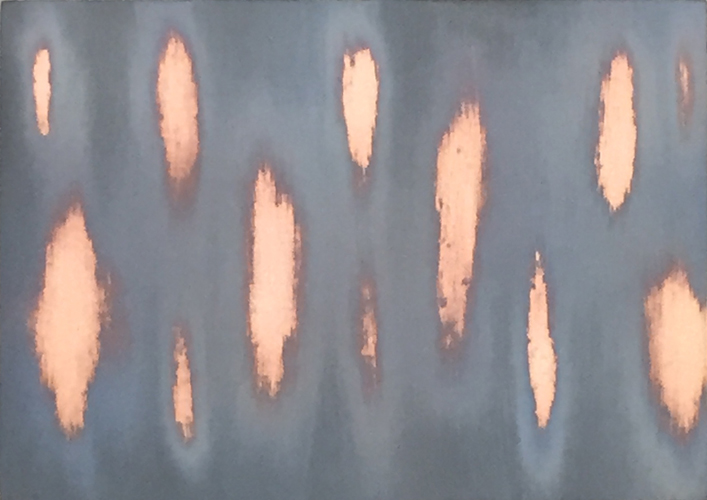 Kaminer Haislip will be exhibiting her new Fog and Ripple Series at Redux Contemporary Art Center in the Connolly Gallery August 28-October 17, 2015.  The opening reception is Friday, August 28 from 6:30-8:30pm.  Kaminer hopes to see you there!

While earning my MFA, I designed and created steel and wood panels utilizing a similar technique employed with these two new series. I recently revisited the process and the Fog and Ripple Series developed. Nickel and copper sheet have been adhered to wood panels that were then filed and finished to create a seamless appearance. Layers of spray paint were applied to the surface, which were then intuitively sanded with fine steel wool to create the hazy appearance. The sides of the 1.5″ deep panels are painted a neutral grey.

The Fog Series was inspired by light breaking through fog and clouds. Through the process of subtraction with the steel wool, I revealed hints of the nickel underneath the paint. I am intrigued by the idea that things are not always as they appear and sought to convey that concept with this series.

The Ripple Series was based on light as well, but reflecting off of a water surface as opposed to passing through something. As light bounces off of water, it changes the appearance and is temporarily a new image. Inspired by the ephemeral nature of this concept, I created my own interpretation of it with this series.

*Please note* these pieces will not be for sale on Kaminer’s website!  They are only available for purchase through Kaminer directly.  If you are interested in purchasing one, then please send an email inquiry to info@kaminerhaislip.com.  A response will be sent to you that includes pricing, dimensions, and images of works available.  You are welcome to view the pieces at Redux during the duration of the exhibition and set up an appointment to meet with Kaminer.

Redux Contemporary Art Center’s Annual Art Auction will be held Saturday, November 22 from 6-10pm at Harborside East in Mt. Pleasant, SC.  It is Redux’s biggest fundraiser of the year and an opportunity for you to purchase artworks by some of Charleston’s most talented artists!

Kaminer Haislip donated a handcrafted silver perfume bottle from her recent Learning to Fly Series.  Attend for a chance to bid on it!

For additional details on the auction visit http://reduxstudios.org/events/the-redux-annual-art-auction/ 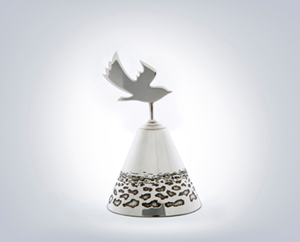 The opening reception will be held Friday, July 11, 2014 from 6pm-9pm.  Attend for a chance to meet the artists and see their studios at Redux! 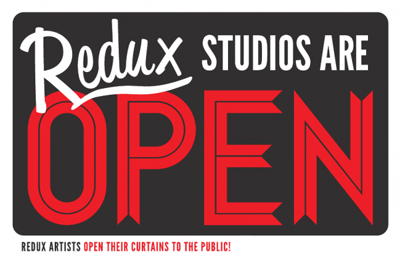 Join Kaminer Haislip and the other artists of Redux Contemporary Art Center, located at 136 St. Philip Street in downtown Charleston, SC, Thursday, May 29, 2014 from 4pm-7pm for an insight and exploration of the talented artists occupying the private studios! Refreshments will be served, and you are invited to peruse the current exhibition, classroom, darkroom, print shop and Conolly Studio Gallery in addition to the private studios at Redux.

Redux Contemporary Art Center’s Annual Art Auction will be even better this year with a two week preview in Redux’s Main Gallery. They will hold Open Studios and an Auction Preview reception on Saturday November 2, 4 – 7 pm.

The Auction will be Saturday, November 9, 6:30 – 10 pm at Redux Contemporary Art Center.

Guests will enjoy an open bar, catering by Tristan Restaurant, music by The Lovely Few and Mr. Jenkins, as the silent auction is held in the gallery. Join us in the classroom for the live auction, with spectacular artwork by a wide variety of talented artists.  Kaminer Haislip donated a handcrafted silver pendant and pair of earrings from her new Calla Lily Series. 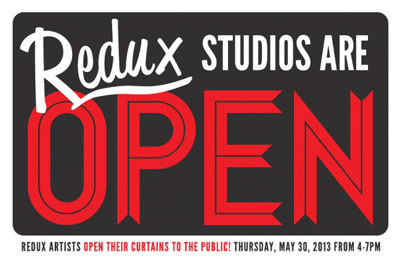 Join Kaminer Haislip and the other artists of Redux Contemporary Art Center, located in downtown Charleston, SC, Thursday, May 30, 2013 from 4pm-7pm for an insight and exploration of the talented artists occupying the private studios! Refreshments will be served, and you are invited to peruse the current exhibition, classroom, darkroom, print shop and Conolly Studio Gallery in addition to the private studios at Redux.