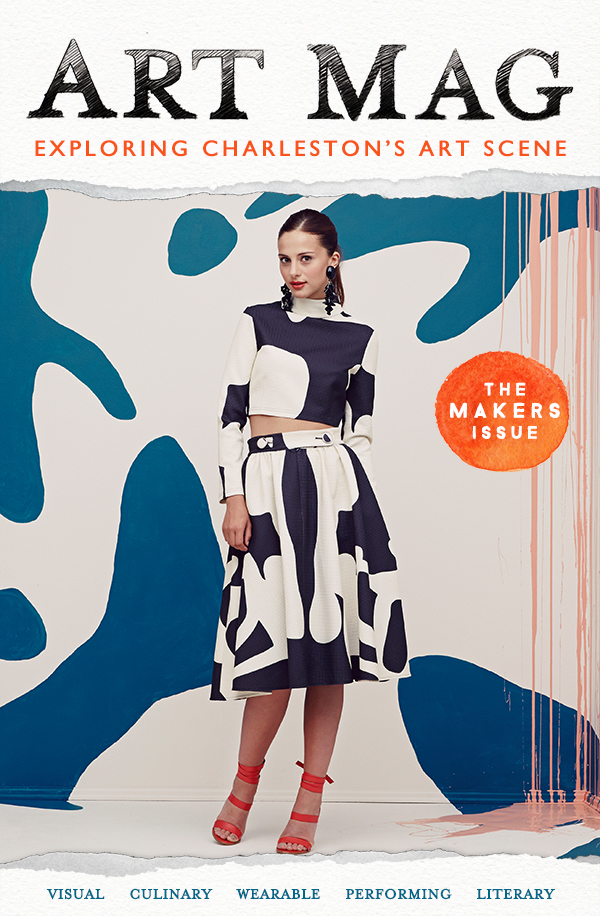 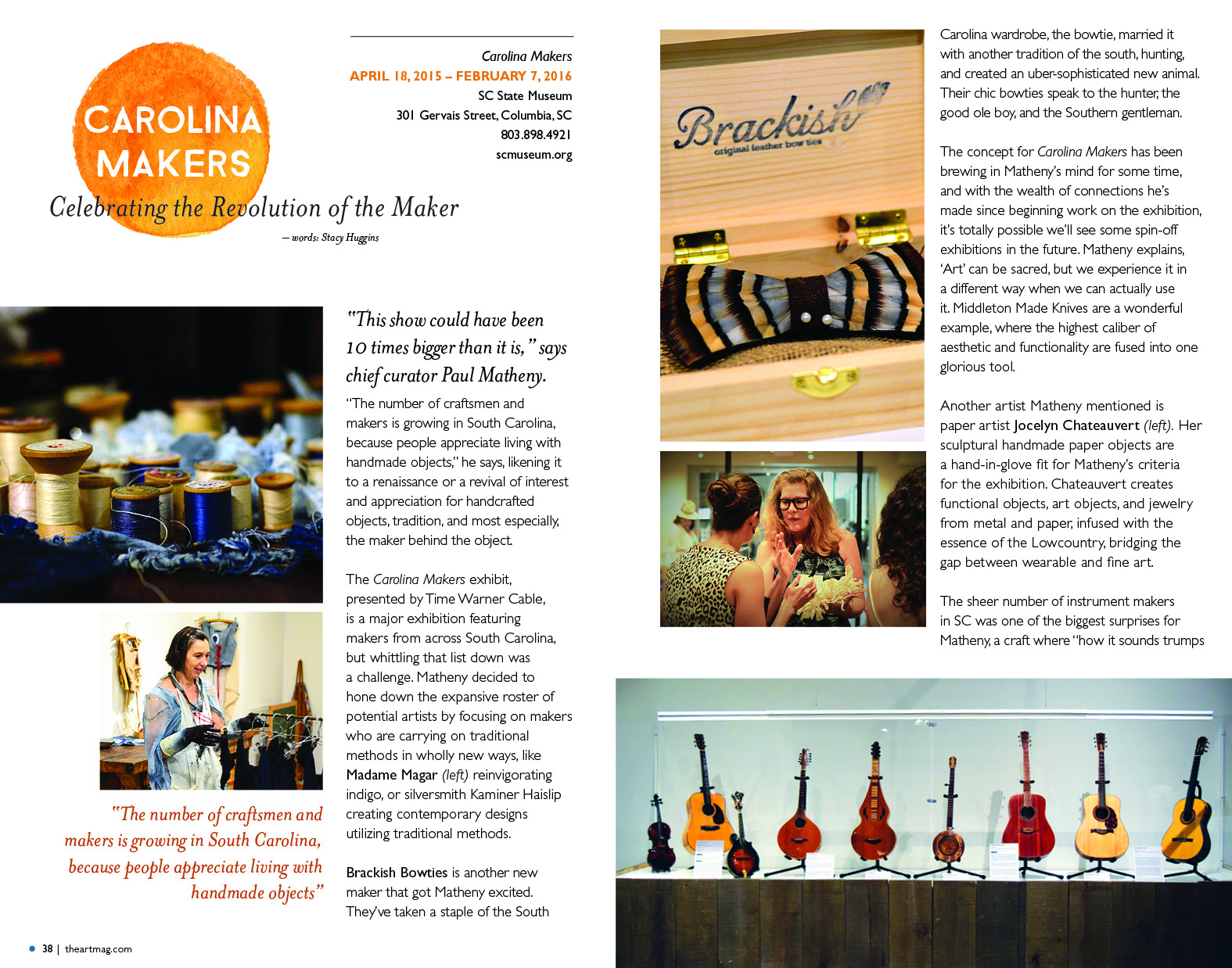 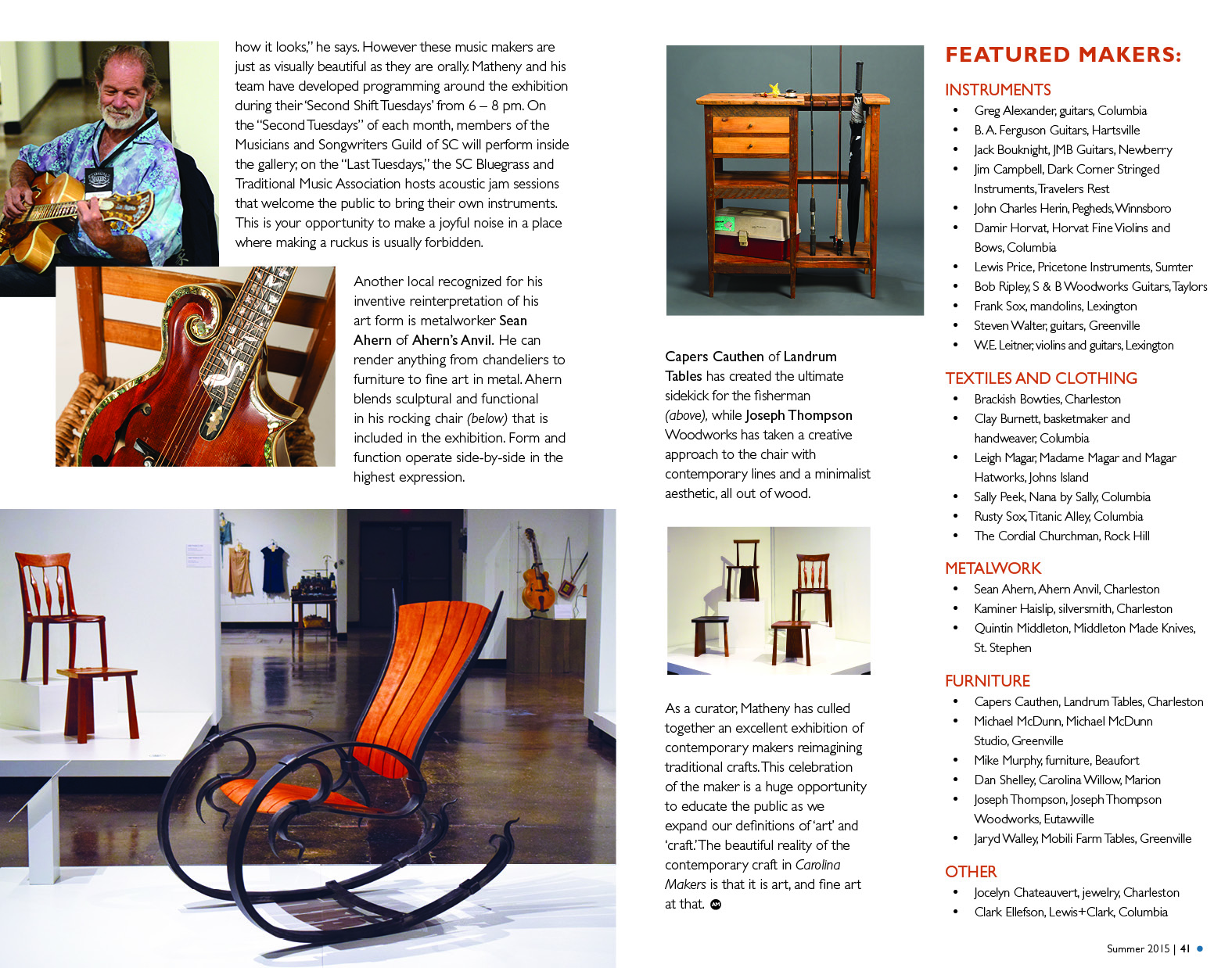 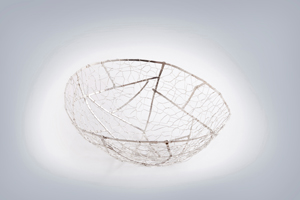 The South Carolina State Museum’s focus is South Carolina, 100%, especially when it comes to their exhibitions and collection. The major exhibition Carolina Makers will allow an even greater opportunity to expand on the producers, craftspeople and musicians from across the state. This exhibition focuses specifically on individuals who make objects by hand for everyday use – for individuals locally and around the world.

Silversmith Kaminer Haislip will have a variety of functional handcrafted objects featured in the exhibition. The Carolina Makers exhibition will be on view at the SC State Museum in Columbia, SC from April 18, 2015 – February 7, 2016.

There will be a special “Meet the Makers” reception at the museum Friday, May 15, 2015 from 6-9pm. Kaminer will be in attendance and would love to see you there!