The design for Kaminer’s Poppy Series was based on the poppy flower and inspired by WWI veterans’ adaptation of the poppy flower as a symbol of strength despite its delicate appearance. During the First World War, soldiers fighting in Belgium and Northern France noticed the resilience of a seemingly fragile flower, the cornfield poppy. Afterward both American and British soldiers returning from the war embraced it as their emblem.

The Poppy Bowl, in both silver and copper, was raised through numerous rounds of hammering to build up the strong, yet elegant asymmetrical form. This handcrafted bowl is an extremely popular wedding or anniversary gift, but makes a lovely gift for any occasion. The sterling silver 6″ size was featured in the September 2014 issue of Elle Decor magazine.

The silver jewelry designs were based on the same concept and handcrafted from silver sheet. The earrings are three layers of hand cut silver pieces, which gives them more texture and dimension than the more minimal pendant and stud earring designs. 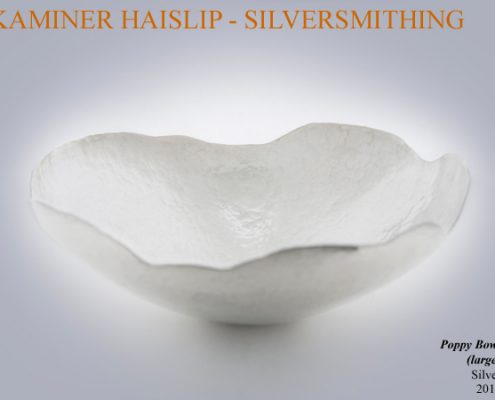 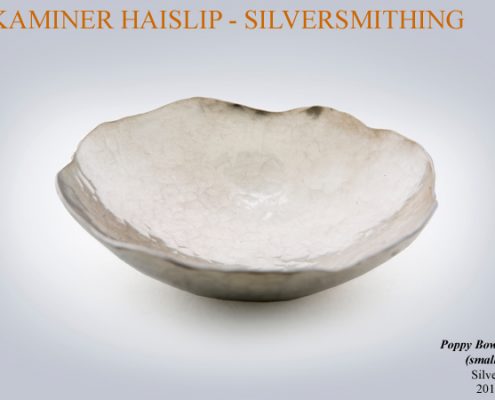 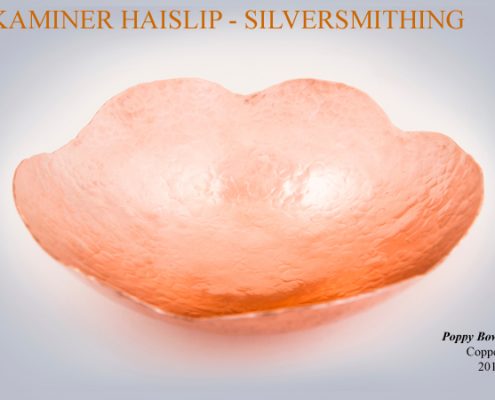 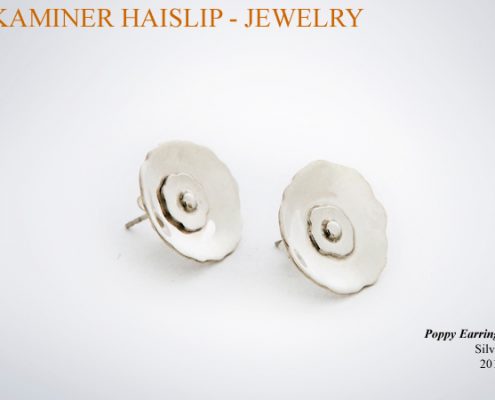 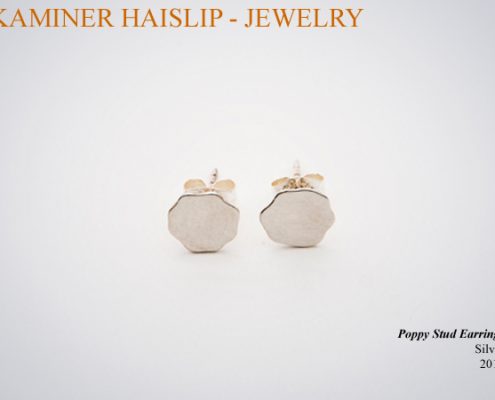