South Carolina is known as the “Palmetto State” not only for the abundance of Sabal Palmetto trees, the state tree, that are abundant along the coast, but also for the important role the tree played in the American Revolution. Palmetto logs and sand were used by American Patriots to build a fort on Sullivan’s Island to protect Charleston in anticipation of a British attack. On June 28, 1776, the British military attacked the Patriot fort from the sea, but they were unsuccessful due to the cannon balls sinking into the spongy fibrous palmetto logs and sand. The American victory that day over the British at the Battle of Sullivan’s Island was a turning point in the war and led to the signing of the Declaration of Independence.

My two great-great-great-great-great grandfathers, Captain Joshua Hadley of the North Carolina Continental Line and Robert Martin of the South Carolina Militia, fought in the battle that day. In 1946, one hundred and seventy years later, their great-great-great grandchildren, my grandparents James William Franklin and Theodocia Kaminer Martin, married. I feel very fortunate the little palmetto fort was able to repel the aggression of the British as the outcome may not have been the same.

The palmetto tree became a proud state symbol and appears on the state seal, adopted in 1777, and on the state flag. Also included on the state flag is a crescent moon or Gorget that relates to the same battle in which I based a separate jewelry collection on.

Palmetto Jewelry Series was inspired by the strength and fortitude of the palmetto logs and Patriots on that important day in American history. The upper part of the tree where the V shaped frond bases are left on the trunk, also known as boots or bootjacks, inspired the repetitive V unit in the design. The round element capping the end of the earrings and cuff bracelet references the cannon balls that sunk in the palmetto and sand fort walls.

Each jewelry piece was handcrafted in sterling silver and has a hammered texture on the surface. Shop available Palmetto jewelry items in the Jewelry store category. 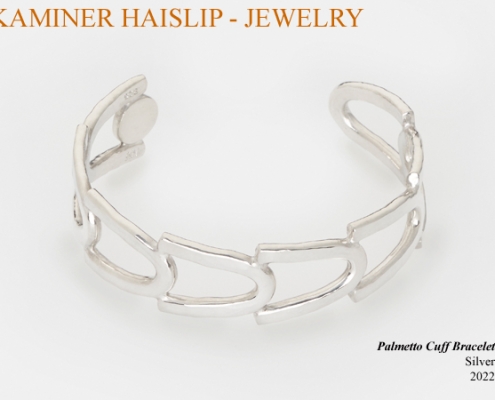 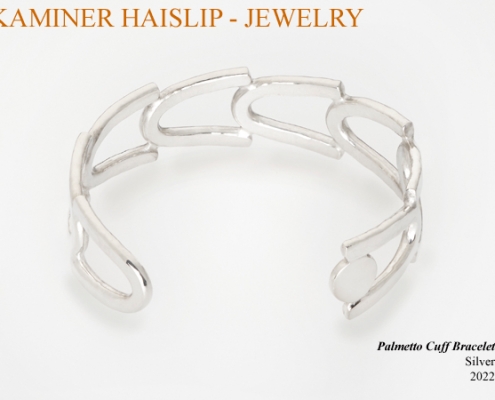 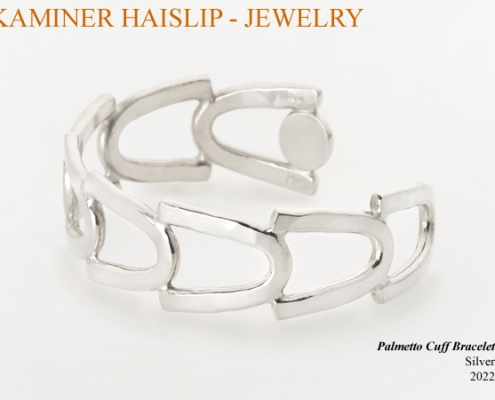 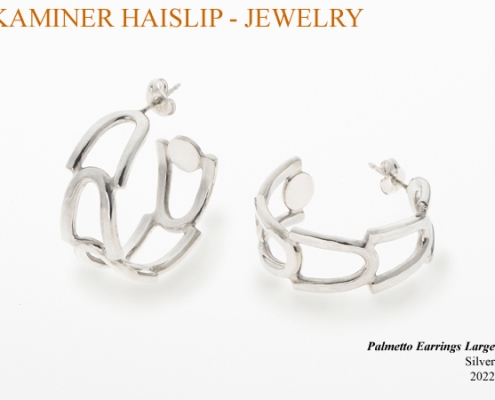 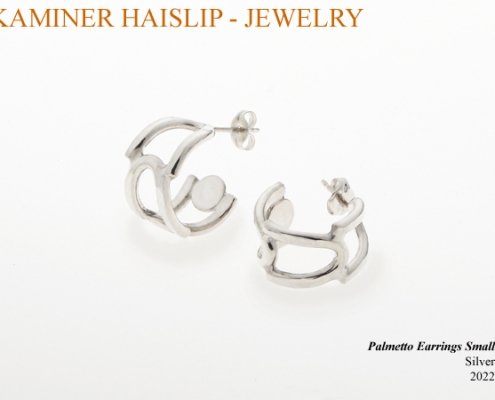